All of it gets some love in the featured painting selected for the Old Mill District’s 2022 Winter Art Series. Portland artist Katie Reim, who dreamed up and created the naturally inspired piece, is the sixth artist to be honored in the series, and her work pays tribute to the sites that bring so many to Central Oregon each year. It’s a painting rooted in a deep affection for the region, an affinity that stretches back nearly a decade.

Reim says her work typically focuses on nature, a natural fit for a painting that would show off Bend’s dynamism. Since moving to Portland from the East Coast in 2014, Reim has visited Bend often, spending time in the mountains while also enjoying the city’s culinary scene and legendary craft beers. Over the years, it’s become what Reim calls “somewhat of a second home.”

“I wanted to show the brilliance of Bend’s city life while still focusing on the beauty that surrounds it,” Reim says. “The historic stacks are such a recognizable symbol for the area, so I felt like they could represent a lot with their simplicity.”

The Old Mill District’s Winter Art Series began in 2017, when officials sought to showcase a thriving regional arts scene in seasonal materials throughout the area. That year, they tabbed Bend artists Lisa and Lori Lubbesmeyer to create a custom painting exclusive to the Old Mill District. Other artists include Susan Luckey Higdon (2018), Shelli Walters (2019), Kathy Deggendorfer (2020), and Sheila Dunn (2021).

The chosen painting from each artist has featured prominently on the Old Mill District website, in its seasonal print guides, at local events, and as part of the area’s First Friday Art Walk. 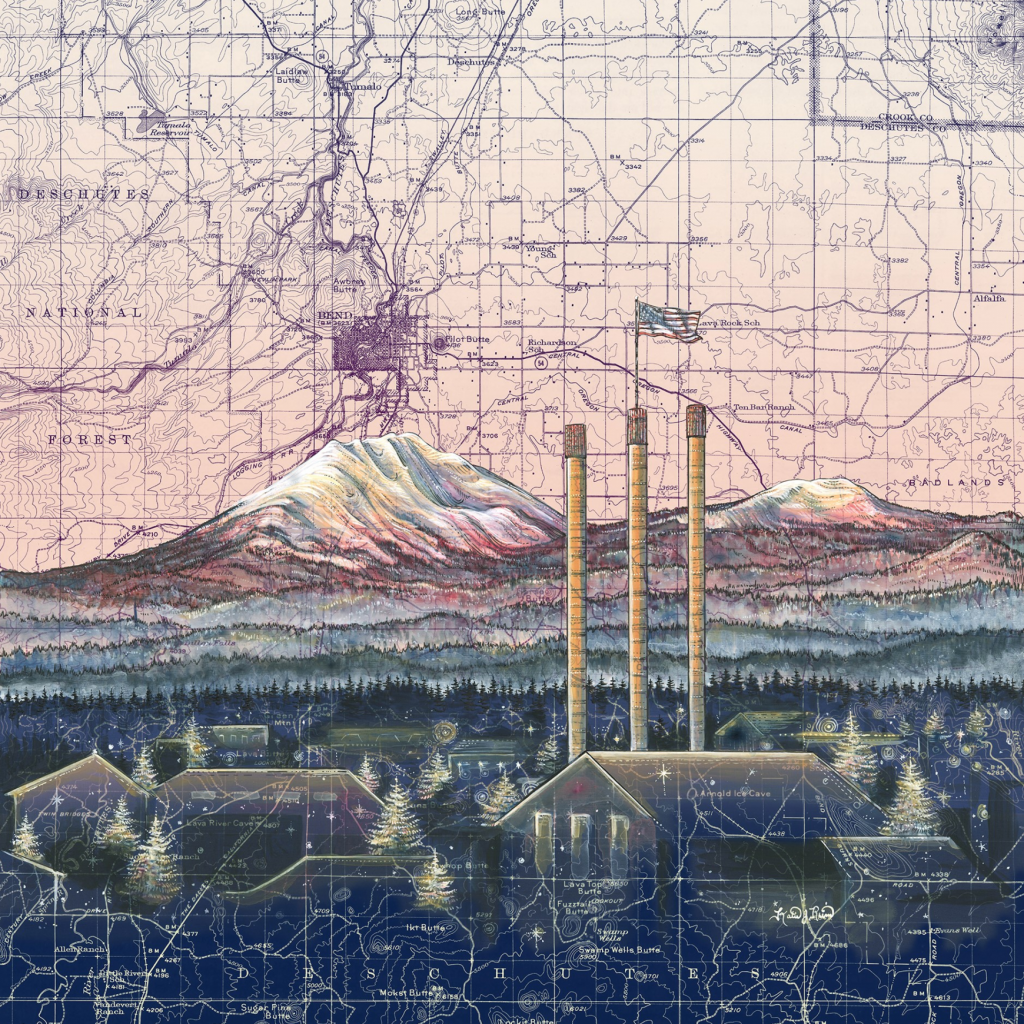