Environmental groups partner on project in the Old Mill District

With a little help from Ducks Unlimited and Mountain View High School’s Future Farmers of America club, the Old Mill District hopes to be a little more duck friendly this summer and beyond.

In mid-February, the two groups worked together to install eight mallard nesting tubes near the Bend Whitewater Park in an effort help keep more duck eggs away from predators.

According to Chris Dittman, chairman of the local Ducks Unlimited chapter, approximately 80 percent of duck eggs in Central Oregon are consumed by predators like racoons and skunks. The Old Mill District’s new nesting tubes, which sit at least 3-feet high off the ground, are designed to make it harder for smaller predators to reach the eggs. Dittman estimated that the new nesting tubes – essentially wire wrapped in hay – could increase the duck eggs’ survival rate up to 80 percent.

Mallards, the most common type of duck in the northern hemisphere which are known for their dark green head and white collar, usually lay their eggs sometime in April and have a gestation period of approximately 30 days. Ducklings, which can swim almost immediately after birth, still face a battle against area predators as they don’t gain the ability to fly until around 60 days.

Saving and enhancing critical waterfowl habitat is at the core of the Ducks Unlimited organization. Since 1937, more than 14 million acres of wetlands and grasslands have been conserved and restored by Ducks Unlimited.

The Ducks Unlimited nesting tubes are just one of several environmentally friendly initiatives within the Old Mill District. An osprey nesting perch is located near the Colorado Bridge and the district maintains a close relationship with the U.S. Fish and Wildlife Service in adhering to a conservation plan involving the Oregon spotted frog, which can be found in the marshy areas near the Les Schwab Amphitheater. Additionally, the Bend Brewfest annually donates a portion of its proceeds to the Deschutes River Conservancy and the district as a whole is proud members of the Enjoy Protect Respect program created to encourage safe and respectful use of the Deschutes River. 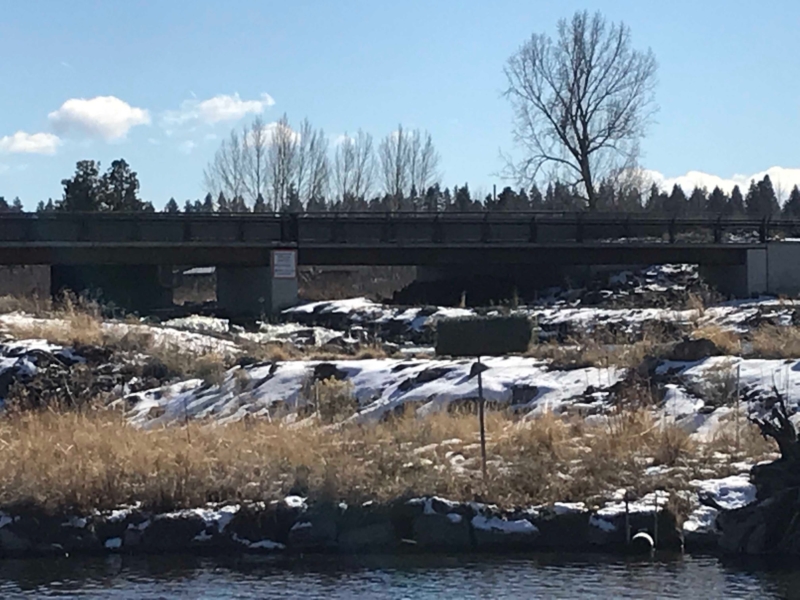