Skip to content
Home/Article/Happy to do the heavy lifting
July 22, 2019


Happy to do the heavy lifting

On August 15, 16 and 17, the Bend Brewfest will transform the Les Schwab Amphitheater into one of most scenic beer gardens in the country. More than 70 breweries and cider houses – and one iconic Oregon winery – are set to pour approximately 200 different craft beers, ciders and wines from throughout the Pacific Northwest.

It’s a glorious three-day celebration of everything we love about the craft beer industry.

And none of it would be possible without the amazing support we get from our sponsors.

The Bend Brewfest is ecstatic to partner with Toyota Lift Northwest this year, the official keg mover of the 2019 Brewfest.

Throughout Brewfest week, more than 900 kegs of golden deliciousness are transported in and around the Les Schwab Amphitheater. Toyota Lift Northwest, which services all of Oregon and western Washington through its offices in Clackamas and Kent, has generously donated multiple forklifts to help the Bend Brewfest staff deliver the Upper Best Coast’s finest beers, quicker and more efficiently to Brewfestgoers.

Toyota Lift Northwest has been around for more than 50 years, and it all started when two business owners were determined to have Toyota forklifts in their warehouse. In 1967, the Pacific Northwest was without a Toyota forklift dealership, so Holman Distribution Center owners Herbert and Leonard Clark began their own dealership in Portland, CB Toyota Lift.

As the demand for great equipment, stellar service, and a variety of parts grew in the Pacific Northwest, so did CB Toyota Lift.

Toyota Lift Northwest’s goal is to provide businesses with turnkey solutions for all of their forklift needs. For more information on utilizing the world’s leading forklifts as well as improving warehouse efficiency, visit ToyotaLiftNorthwest.com. 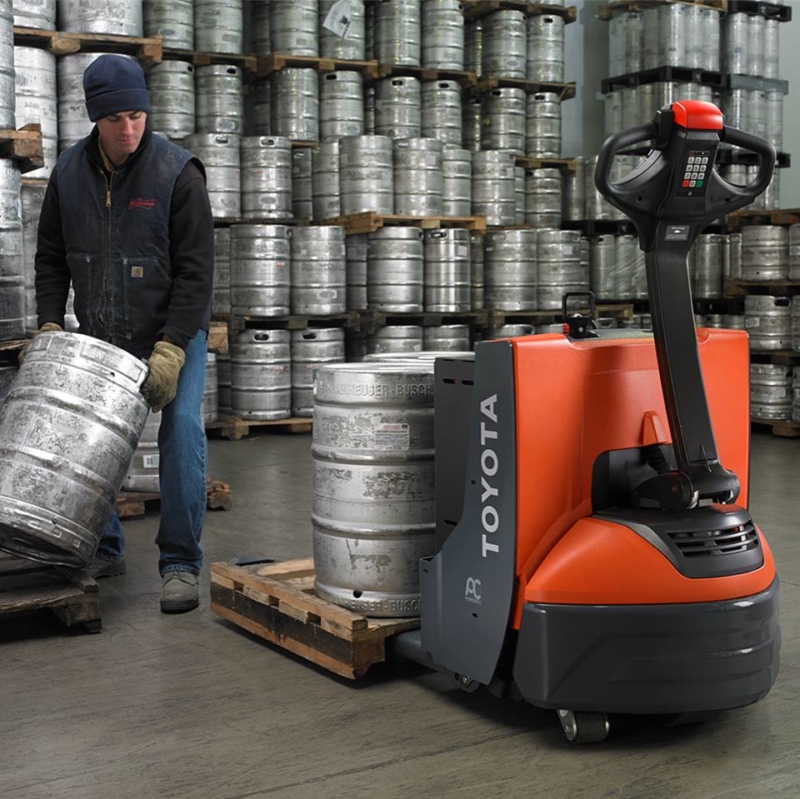