The 2019 Bend Brewfest on Aug. 15-17 is fast approaching and we’re once again overwhelmed with the number of fantastic craft beers that’ll be pouring at this year’s festival.

Here’s a quick look at some of the tasty beverages we’re most excited about. For a complete list of beers, go to BendBrewfest.com or download the Untappd app and search for the Bend Brewfest.

Beers made specifically for the Bend Brewfest

Beers you’ll only find a few places other than Brewfest

North German Pilsner from pFriem (Hood River): Brewed exclusively for Pilsner Fest in Portland (Aug. 16-18) and the Bend Brewfest, this small batch pilsner is pFriem’s entry into a competition to win a collaboration with Bitburger in Germany. 4.8% ABV 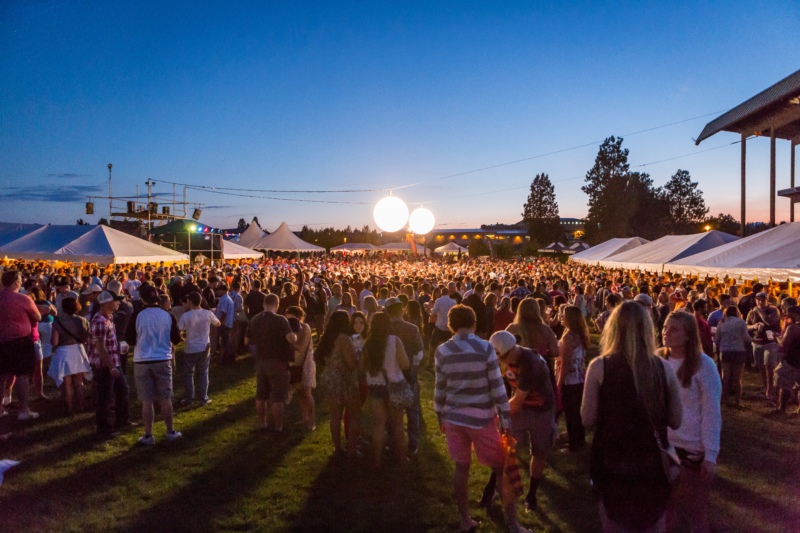 Collaborations not to be missed

Double Mountain (Hood River) and Barley Brown’s (Baker City) Collab IPA: Two legendary Oregon breweries went back to their root and brewed this West Coast IPA. Double dry hopped, this collaboration project offers ups flavors of ripe citrus and tropical fruit along with a dankness expected in a West Coast IPA. The beer sits at 6.7% ABV and 45 IBUs and was just released on Aug. 1.

The 2019 3-Way IPA from Fort George (Astoria), Ruse Brewing (Portland) and Cloudburst Brewing (Seattle): This year’s 3-Way IPA combines all of the fruit-forwardness of a hazy, but with that classic touch of bitterness you find in a West Coast IPA. The result is a bright, citrus fruit bomb that doesn’t finish too heavy or sweet. 7.3% ABV

Man of the Hour Flanders Red from GoodLife Brewing (Bend): This is one of the last beers produced by GoodLife co-Founder and brewmaster Curt Plants, who passed away unexpectedly in 2017. A tribute to the evolution of GoodLife Brewing, this Flanders Red contains aromas of soft oak, baked plum and sweet cherries, which complements the spicy yet subtle tannins that makes way for a truly approachable sour ale. Pours for a limited time on the X-Tap starting at 4 p.m. on Friday, Aug. 16. 6.4% ABV

Hellshire IX from Oakshire (Eugene): This Imperial Stout aged in freshly dumped Kentucky Bourbon Barrels  is our highest ABV beer of the festival, clocking in at 14 percent. It’ll be served for a limited time on the X-Tap, starting at 4:30 p.m. on Saturday, Aug. 17.

Colonial Fire 18th Century Ginger Beer from Side A (La Grande): Using recipes from the 1700s in combination with modern knowledge, Side A formulated Colonial Fire. Unrepeatable malt sweetness frames acidity formed through a pre-boil souring culture. High carbonation, unrefined cane sugar, and 40 pounds of ginger interlace to result in a bright, refreshing, and flavorful libation from across several timelines. Pours for a limited time on the X-Tap, starting at 4 p.m. on Saturday, Aug. 17. 4.9% ABV

Bourbon-barrel aged Dark Star, 2018 Coffee edition from Fremont Brewing (Seattle): This imperial oatmeal stout with coffee aged in bourbon barrels is a blend of 24-, 18-, 12-, and 8-month bourbon barrel-aged Dark Star in 7-to-12-year-old Kentucky bourbon barrels. The roasted and chocolate malts complement the smooth oats to bring you a stout delight wrapped in the gentle embrace of bourbon barrel-aged warmth. A touch of sweetness dances in balance with the hops to finish with a wave, and then she’s gone. Pours for a limited time on the X-Tap starting at 3 p.m. on Saturday, Aug. 17. 13.6% ABV