Yep, the community that’s home to one of the nation’s most innovative and creative craft beer scenes puts on one heck of a beer festival.

Now in its 16th year, the 2018 Bend Brewfest will be held August 16-18 at the Les Schwab Amphitheater and is set to feature more than 70 breweries and cider houses from around the West. With 200-plus beers and ciders offered annually, the Bend Brewfest is the largest craft beer festival in Central Oregon and the second biggest in the entire Pacific Northwest.

The Bend Brewfest traditionally highlights a Who’s Who of West Coast breweries, large and small. Oregon favorites such as Breakside, Great Notion, pFriem and Block 15 will be at the 2018 Brewfest, as will regional standouts like Fremont, Anderson Valley, Georgetown and 54°40° Brewing. And of course local studs Deschutes, Boneyard, Crux, Bend Brewing, Wild Ride, GoodLife  and Three Creeks, among others, will be pouring beers at the Amphitheater, too.

Equally impressive is the number of up-and-coming smaller breweries scheduled to participate at this year’s Brewfest. Craft beer aficionados will have the chance to sample rock stars like Bridge 99 out of Bend; Delexue Brewing from Albany, Oregon; and Ochoco Brewing out of Prineville, Oregon. 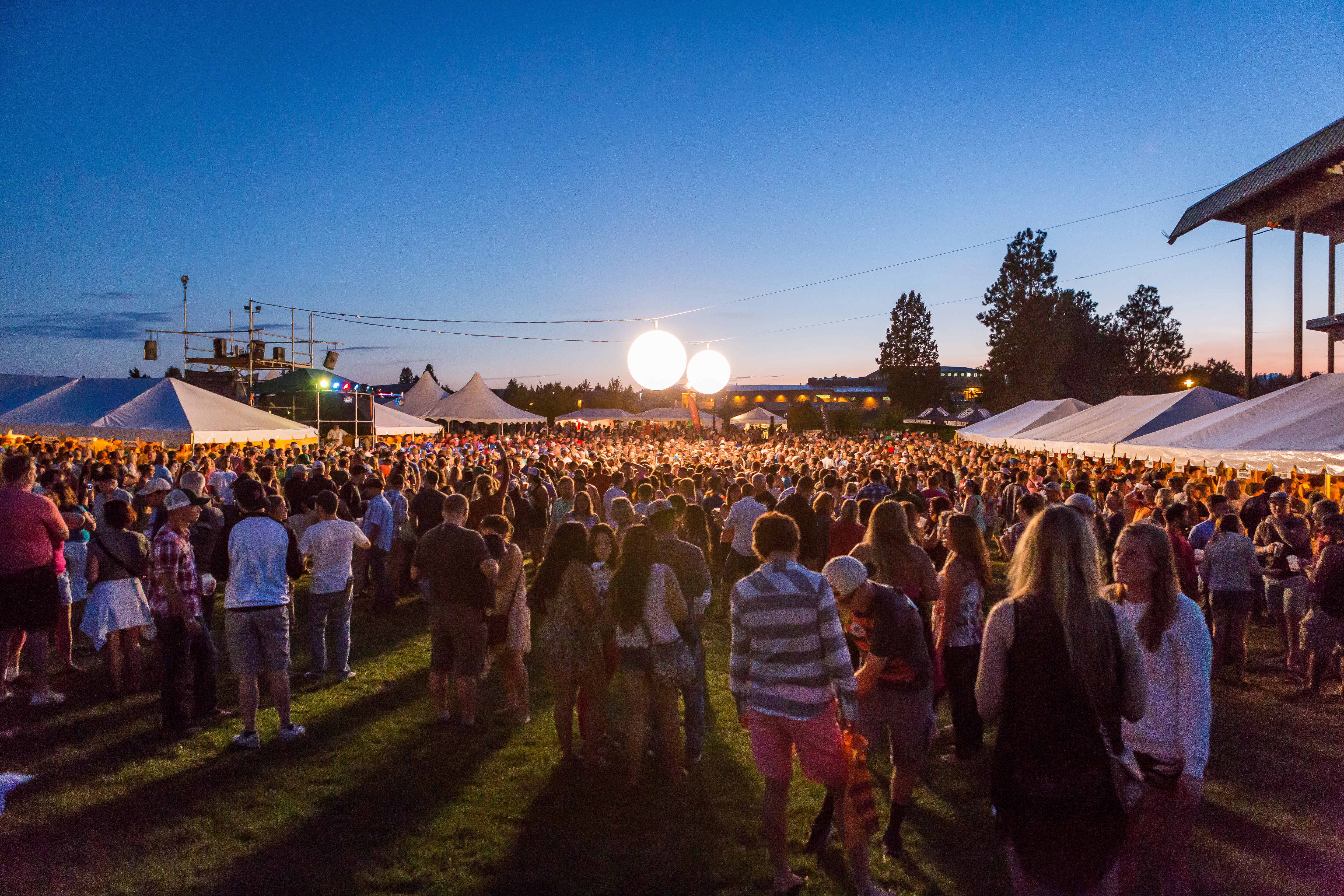 One of the yearly highlights at the Bend Brewfest is its X-Tap program. Almost like a specialty beer festival within the Bend Brewfest itself, the X-Tap program is reserved for small batch and experimental beers. Think of concoctions like Hopworks Urban Brewery’s 2009 Barrel-aged Noggin Floggin, an organic barley wine that’s aged for seven years in Heaven Hill bourbon barrels, or Lompoc Brewing’s Lump of Coal sour, an imperial porter that’s fermented with sour cherries. X-Taps are held in the GrowlerWerks Brewtality Tent where brewers are often on hand to talk about their special, limited-release beers.

The 2018 Bend Brewfest also will feature a collection of the region’s top ciders. Incline Cider, whose Scout Marionberry Cider won a People’s Choice Award at the 2017 Bend Brewfest, along with Avid and Cider Riot will all be pouring delicious hard ciders at this year’s Brewfest.

Set amidst one of the nation’s most innovative craft brew communities, the Bend Brewfest serves as the perfect trailhead for adventurous beer geeks. While in Bend for Brewfest, beer lovers have also been known to tackle The Bend Ale Trail, the largest beer trail in the West, and explore town via the Bend Cycle Pub. Serious beer hunters will also find amazing craft beverages on tap at various Bend barber shops, movie theaters and grocery stores.

Admission to the 2018 Bend Brewfest is free but to sample the goods you’ll need to purchase a tasting package, which start at $20.

For more information, go to bendbrewfest.com.