The past is ever present here in Bend.

From the iconic powerhouse building and its three smokestacks that’s now home to REI to the rail road cards that serve as dressing rooms for the Les Schwab Amphitheater, Central Oregon’s lumber history can be found throughout the Old Mill District.

One transformation we find especially fascinating is the evolution of the Brooks-Scanlon Mill A burners from major air pollutant to gorgeous flower feature.

Today, two cylindrical cement footings for Mill A’s burners, and the foundation of Mill A’s powerhouse, can still be seen on the back patio of Tumalo Creek Kayak & Canoe filled with flowers each summer. You’ve probably enjoyed their beauty during a Pickin’ & Paddlin’ event at Tumalo Creek or your kids have bounced up and down them on a river trail detour.

These giant burners – see the picture above of two different burners that were located where the Saxon’s building is now – were used to burn off waste and scrap material from the mills, a mixture called hog fuel made up of wood chips and shavings.

During the early years the Brooks-Scanlon mill operated two 8-hour shifts daily, milling a combined average of 300,000 board feet of lumber a day.  That’s roughly enough framing for 30 homes – 1,800 square feet each – every single day. Brooks-Scanlon had four burners between its two mill sites, the two near what is now Tumalo Creek Kayak & Canoe and two that were later replaced by the Mill B fuel house building, which is now home to Saxon’s Fine Jewelers and Level 2. 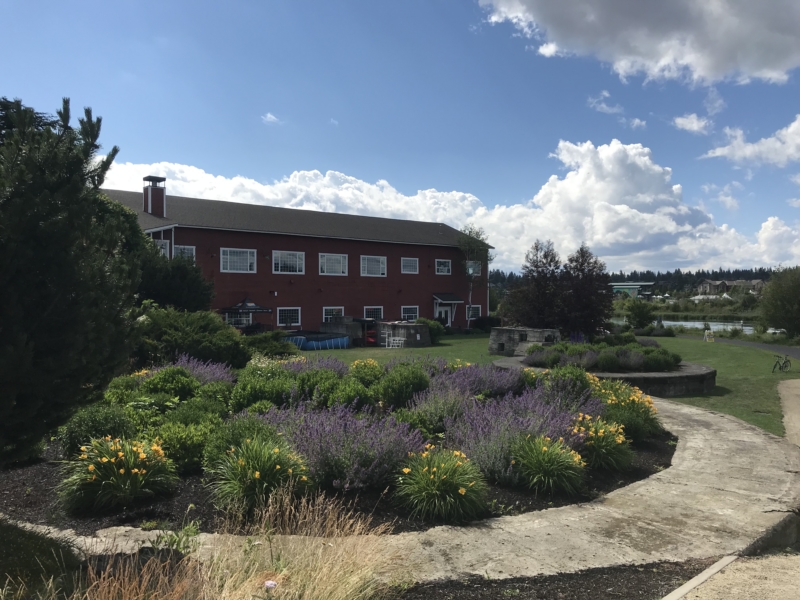