As we get ready to spring into 2020, we also thought we’d take a look back at 2019. Here’s some of our favorite memories from the past year.

The Bend Resilience Beer Fest raised more than $39,000 for survivors of the Camp Fire. Photo by Nate Wyeth.

January – In response to the devastating Camp Fire in northern California, Central Oregon’s beer community came together on January 5 and hosted the Bend Resilience Beer Fest at the Les Schwab Amphitheater. A collaboration between various Central Oregon businesses and nearly two dozen breweries, the Resilience Fest raised more than $39,000 during the one-day festival for survivors of the Camp Fire.

February – During the middle of the month, Ducks Unlimited and Mountain View High School’s Future Farmers of America club worked together to build and install eight mallard nesting tubes in the Old Mill District near the Bend Whitewater Park. The nesting tubes, which sit 3 feet above the ground look to increase duck eggs’ survival rate by as much as 80 percent.

During the same month the husband-wife duo of Alan Radoulovitch and Melissa Mills bought Sweet Tooth Candy Shoppe, bringing new energy and enthusiasm to the much-loved candy store in the Old Mill District. Also in February, Café Yumm! launched a sponsorship program with the Bend FC Timbers to help fund participation fees for more than 35 athletes from low-income families. 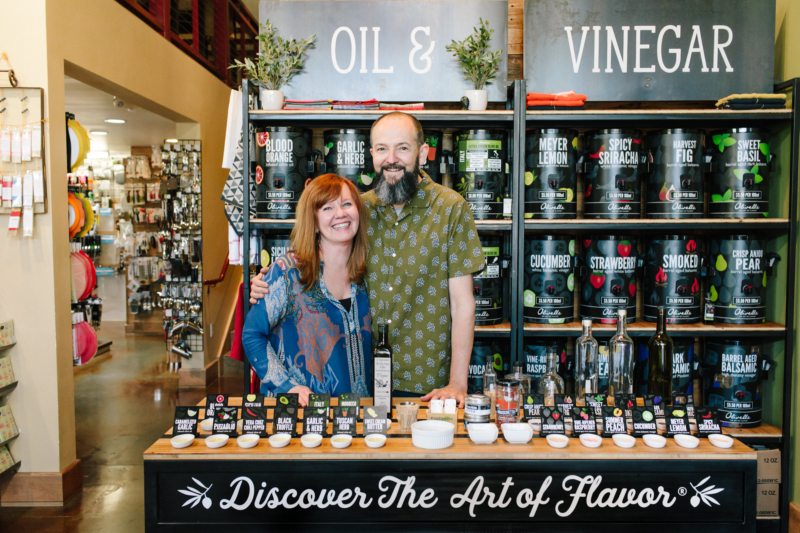 Ginger and Jaime Aguirre, the owners and operators of Ginger’s Kitchenware, now offer olive oil and vinegar on tap in their store. Photo by Gwen Shoemaker.

May – Ginger’s Kitchenware jumped fully into the world of premium oil and vinegar and now offers Olivelle olive oil and vinegar on tap. Ginger’s carries everything from classic traditional styles such as extra virgin olive oil and barrel-aged balsamic to new, innovative flavors like black truffle, caramelized garlic and blood orange. 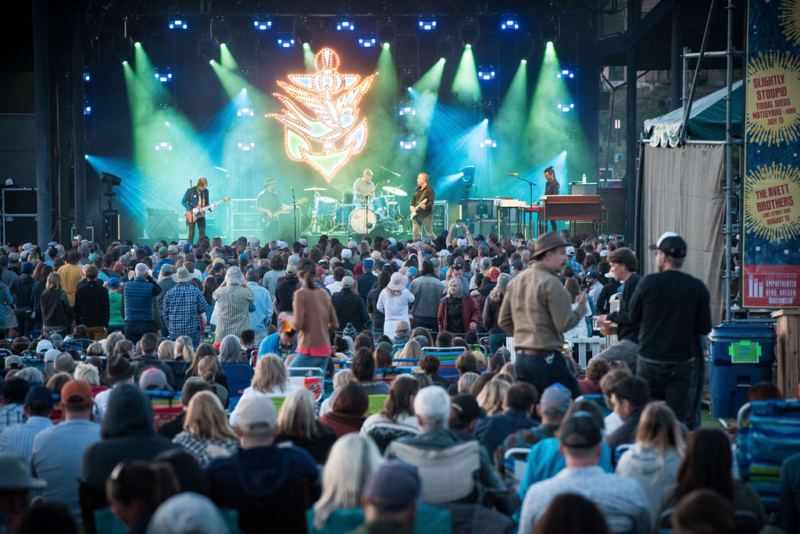 Americana star Jason Isbell kicked off the 2019 concert season, along with Father John Misty. Phot0 by Thomas and Velo Photography.

June – Americana/alt-country standout Jason Isbell and indie rock darling Father John Misty opened up the 2019 concert season at the Les Schwab Amphitheater on June 9, kicking off 18 years of live music in the Old Mill District. The Isbell-Misty concert was one of 13 shows at the Amphitheater in 2019, a lineup that included hip hop legends The Roots, 70s and 80s favorites The B-52s, and rock god Robert Plant of Led Zeppelin fame.

The same month, the Woodward WreckTangle, an outdoor ninja obstacle course, opened on the west side of the Deschutes River in the Old Mill District. 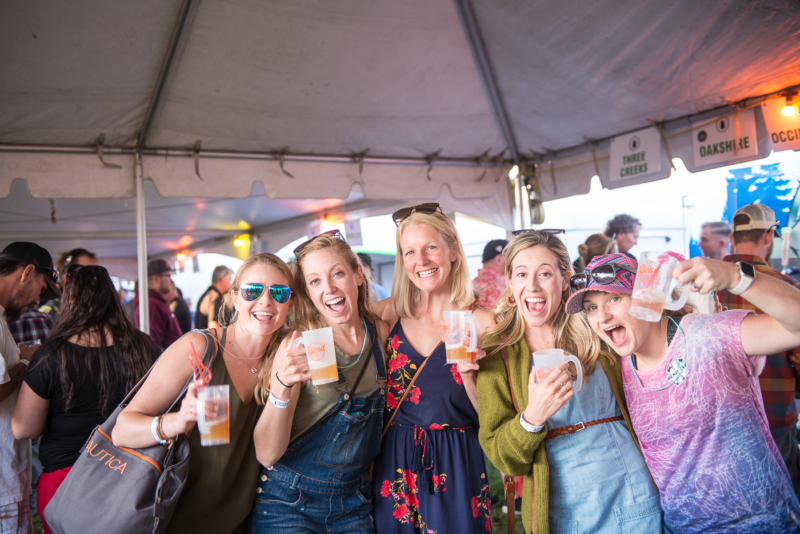 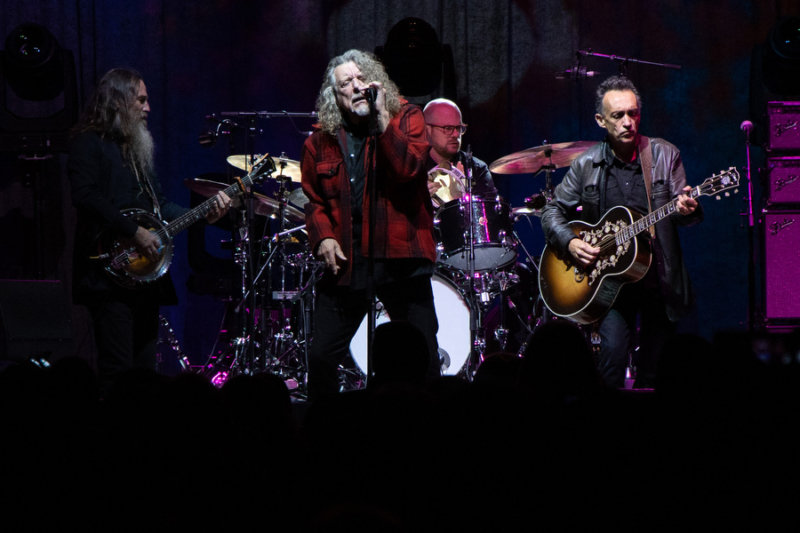 The man, the myth, the legend, Robert Plant. Photo by Rob Kerr.

October – Robert Plant concluded the 2019 concert season at the Les Schwab Amphitheater with a performance for the ages. “Whatever you expect, it’s gonna be way beyond,” Plant told The Bulletin newspaper before the show. Oh my, the man delivered.

November – Santa kicked off the holiday season with help from his AirLink friends and dropped into the Les Schwab Amphitheater via helicopter the day after Thanksgiving. In November and parts of December, Anthony’s featured specially designed three-course meal produced by students from Central Oregon Community College’s Cascade Culinary Institute. Portions of the proceeds from each meal went to a COCC scholarship fund.

December – We couldn’t have asked for a better way to end the year, with Tumalo Art Co. artist Shelli Walters’ mixed-media painting highlighted all around the district, Tumalo Creek’s Holiday Lights Paddle Parade lighting up the Deschutes River, and of course, SantaLand and the Tree of Joy bringing Christmas cheer throughout the holidays. 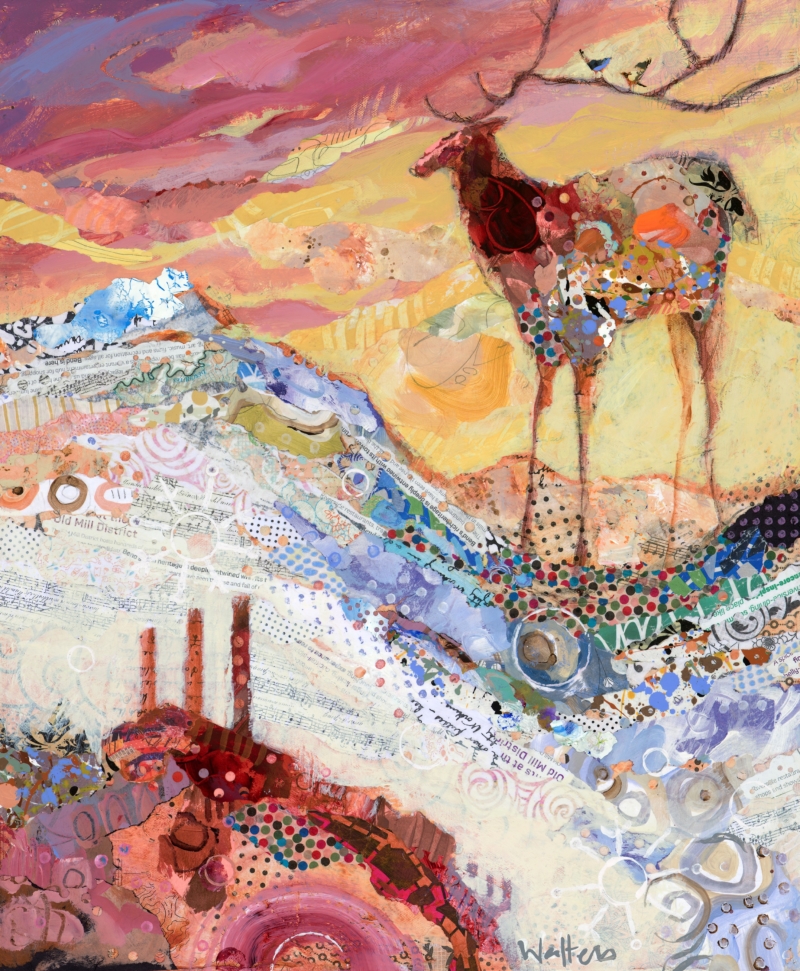