Anthony’s at the Old Mill District and the Cascade Culinary Institute at Central Oregon Community College collaborated for their inaugural Chopped Competition on November 6, 2019. Ten culinary students from the Institute split into three teams and competed against one another to see which team’s dishes ranked the highest with the use of three secret ingredients: half-shell oysters, petrale sole and cranberries.

The students were judged on a 5-point scale and rated on presentation, flavor, use of the secret ingredient and technique. They were given 45 minutes for the appetizer course, 1 hour for the entree and 30 minutes for the dessert.

The winning team from the Institute consisted of:

The winning items will be featured as a 3-course dinner at Anthony’s Friday through Sunday nights beginning November 15 and running through Sunday, December 15th.

$10 from each dinner will be donated to the Cascade Culinary Institute’s scholarship program at Central Oregon Community College.

Fresh Tillamook Oysters
(Choice of one of the following preparations:)
Half-shell with ginger soy pearls
Baked with a tomato cream sauce and crispy bacon
Fried crispy cornmeal oysters with remoulade 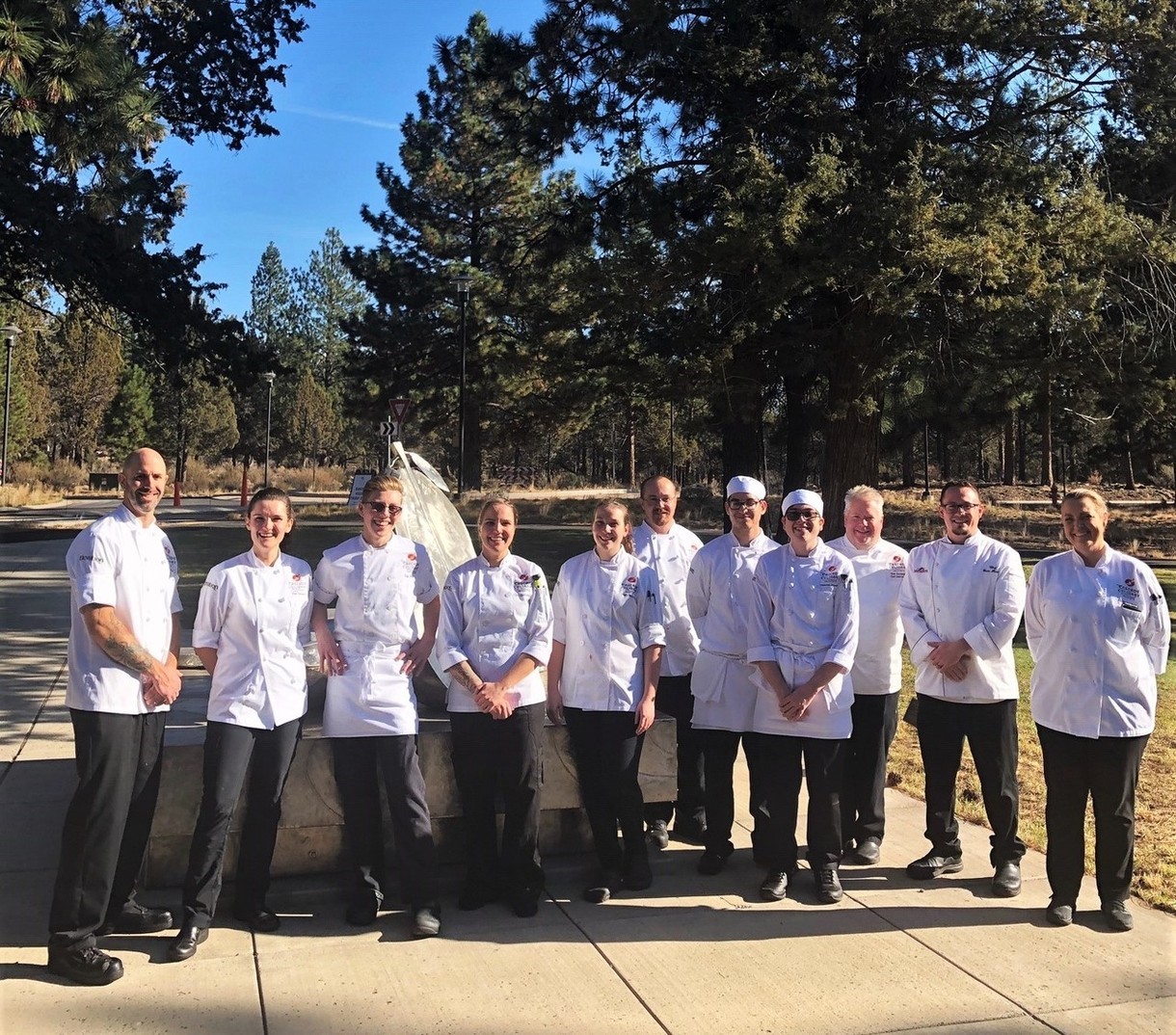 Competitors and judges for the first Chopped Competition, held in early November.