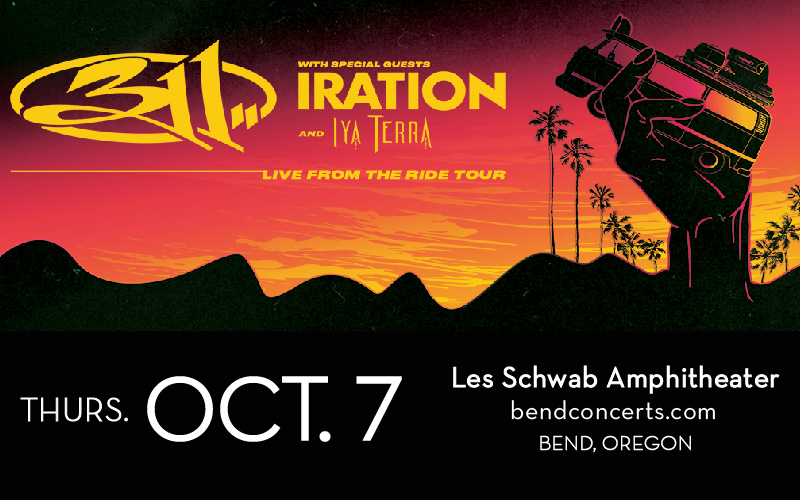 311 is a quintet, who’s sound can be described as rock, reggae, hip-hop, funk fusion blended with some metal to create a unique musical blend that has created a loyal following  (their devoted fans are called The Exciteable Ones). Every other year 311 has a large concert on March 11th to celebrate “311 day”, playing a massive set for their fans. Their first single to hit number one on the Modern Rocks charts was “Down” from their self-titled album  followed by “All Mixed Up” that reached No.4 on the charts.

Since their 1988 formation, this American rock band has established themselves in the alternative rock music scene releasing their first album in 1995 followed by 12 studio albums, two live albums, four compilation albums, as well as, four EPs and four DVDs.

Iration hails from Hawaii will whisk you away to paradise with their reggae and island beats full of the “Aloha Spirit.”