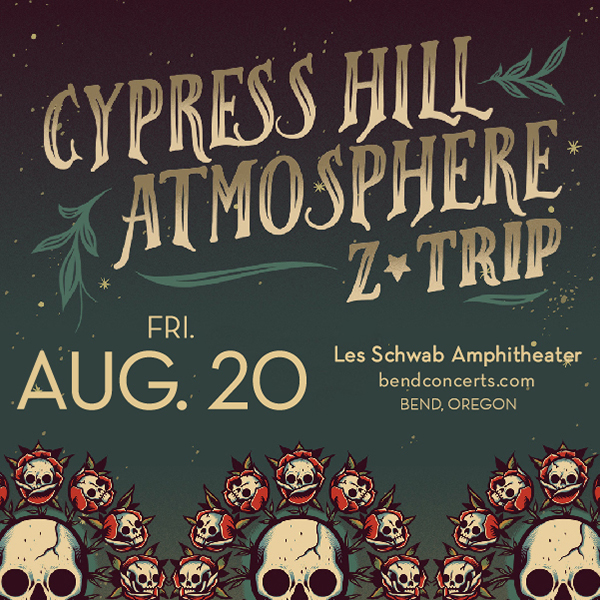 Atmosphere with Cyprus Hill at LSA

Atmosphere is an American hip hop duo from Minneapolis, Minnesota, consisting of Slug (Sean Daley) rapper and Ant (Anthony Davis) Dj/producer. Since its formation in 1996, the pair has continued the course to popularity with rigorous creation with the release of eleven studio albums and ten extended plays.

Their unique sounds began as hip hop/rap with an underground following and has turned into notorious beats as rap superstars utilizing creative storytelling, introspective rhyming while performing with live instrumentation. God Loves Ugly, released nearly two decades ago is arguably one of their very best productions, weaving tales in a passionate and intricate nature. The Day Before Halloween is the group’s latest release in 2020.