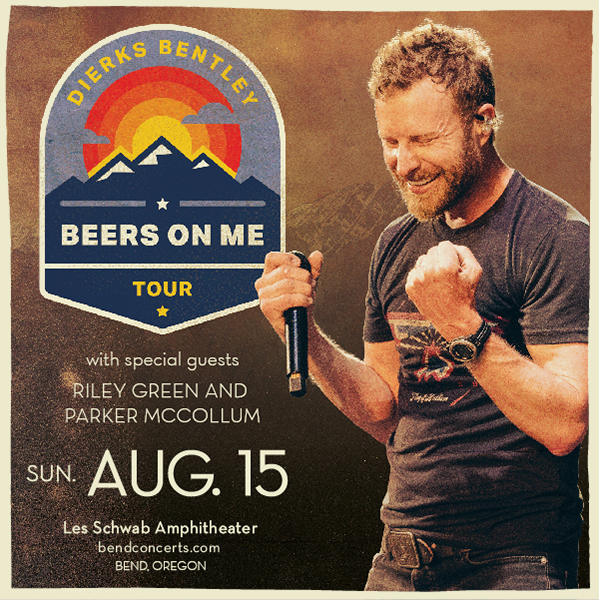 Dierks Bentley, an award-winning American County singer, songwriter, released his debut album in 2003. Since then he has been creating a signature blend of tunes, part country, a bit of honky-tonk, part bluegrass sprinkled with some modern rock and roll.  Growing up in Phoenix, Dierks, made his first trip to Nashville with his father at the young age of 19, which he plays tribute to in his song, “I Hold On”. He obtained a job at The Nashville Network where he spent much time researching footage of country performances that helped shape his signature style. His homework paid off, as he established himself in the country music scene with his first and second album certified Platinum, winning a CMA Award for Best New Artist, as well as, multiple songs peaking on the Billboard charts.

Catchy tunes about being drunk on a plane, pickup trucks, finding himself at burning man or a soulful anthems of love and relationships, it’s impossible to narrow down the list of Bentley’s top songs. His lyrics are relatable and delivered with such charisma, making his music popular and accessible; earning him his place on the charts.

Dierks Bentley is known for his high energy shows that are filled with non-stop music and a stage presence you won’t want to miss.