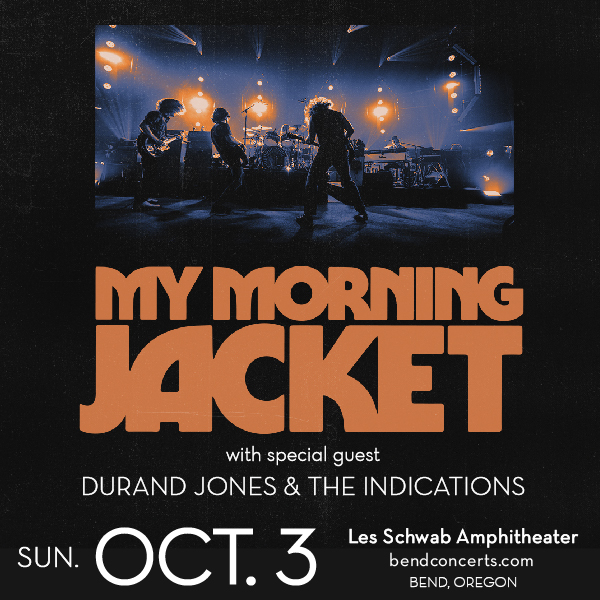 My Morning Jacket’s distinct and recognizable sound is deeply inspired by rock and country and includes psychedelic and experimental sounds rooted in their southern origin of Louisville Kentucky.

Singer-songwriter Jim James, created the group as a way to use the acoustic songs his other band, Month of Sundays did not play. In 1999, My Morning Jacket released their debut album, The Tennessee Fire and since then have been hailed as the heroes of alt-county with their eclectic sound.

2015 album release, The Waterfall, debuted at number 11 on the Billboards 200 and sold 33,000 copies the first week. In December of the same year, the album was nominated for the Grammy Award for Best Alternative Music Album. In July 2020, the group released their follow-up to this album with The Waterfall II.

In partnership with PLUS1, $1 per ticket will go to support nonprofit organizations working for environmental justice, racial equity, and securing access to mental health care for all.

We encourage fans to wear a mask, especially those who are unvaccinated and when social distancing is not possible.