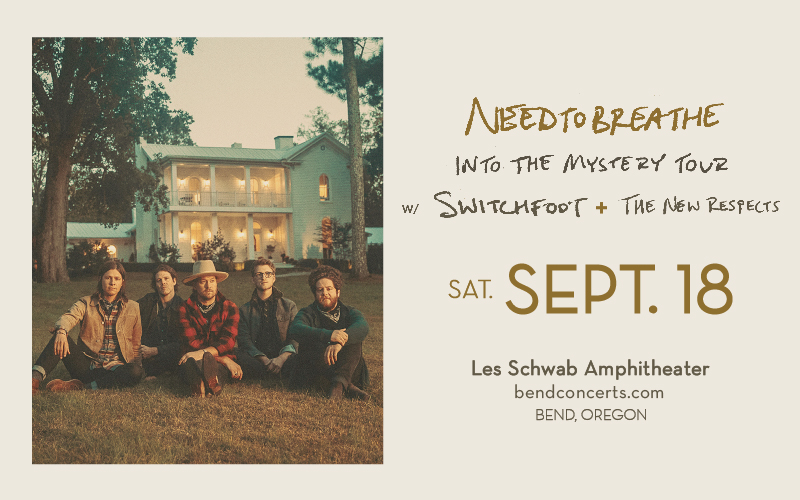 With Special Guest: Switchfoot and The New Respects

Grammy nominated rock band, NEEDTOBREATHE emerged from Seneca, South Carolina in 2011. Since then they have released seven albums to date, touring with acts such as Taylor Swift, Tim McGraw and Third Day. With their inspiration rooted in their Christian faith, they  consistently deliver a soulful rock medley paired perfectly with Bear Reinhart’s (lead vocals) heartfelt and unique vocals.

While the world shut down due to the global pandemic, concerts were canceled (including NEEDTOBREATHE’S tour), the boys of NEEDTOBREATHE got to work to record a new album during Covid-19. In fact, they rented a historic house in Tennessee, that happened to be a recording studio, and quarantined together for almost a month to record tracks of their 8th album.

NEEDTOBREATHE’S latest single, “Into The Mystery,” is the title track from their eighth studio album set to come out this year.

Starting Aug. 29, attendees of all shows in the 2021 concert season, including this one, will need to bring proof of full vaccination or proof of a negative COVID-19 test result collected within 72 hours of the show for each show they are attending.   More information here.